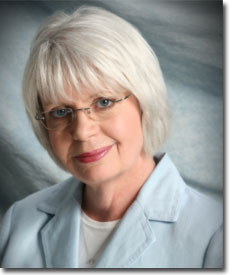 Kay’s involvement with CFA began in 1994 with the purchase of her foundation female Russian Blue. The first show she exhibited at was the Rockford, Illinois, show in April 1994. She was hooked from the very first show and the rest, as they say, is history.

Her first litter was born in early 1995 and her first Regional Winner came from her third litter. With that campaign, she learned that she was much more a “breeder” than a “campaigner.” However, she strongly feels there is a place for both within CFA and the Midwest Region. She believes there should be no “us or them;” CFA is an organization for ALL.

The first club she joined was the Quad City Cat Club and she has a special bond with the members there, where she got her first real taste of being involved in the organization other than showing. She currently belongs to the Twin Cities Cat Fanciers, where she has been Show Manager twice and Co-Show Manager twice since joining in 2002. She is always looking for new ways to raise money for the club and make it a nicer event for the exhibitors.

In 2002 I asked Kay to be the Midwest Regional Treasurer and I feel blessed that she accepted,” said Linda Berg, Midwest Regional Director. “Kay is tireless and always there for the region. She brings all people together with her diplomacy and humor. She enjoys every aspect of the interaction with exhibitors and breeders in the Midwest, and you can tell she cherishes each friend she has made along the way. She is an excellent representative of CFA, with a smile and a greeting for everyone.”