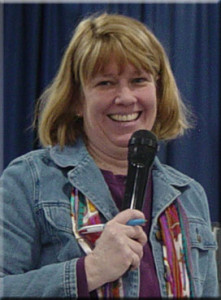 The MWR 2011 Spotlight Award winner, Sharon McKenzie, exemplifies what involvement in the fancy is all about. Quiet and unassuming, she gives freely of her time and talents for the good of all.

Some of her participation in the fancy is visible such as performing the duties of a licensed ring clerk or in her capacity as CFA’s Cornish Rex Breed Council Secretary. But the bulk of her involvement is more “behind the scenes” where the work is hard and often overlooked.

Sharon is a very active entry clerk. Besides her usual roll as the EC for most of the three yearly TGIF shows, one time or another she has helped Tornado Alley, Cat Springs Irregulars, Greater St Louis, The MWR Show and Banquet, and the R4/R6 Gala in this capacity. Sharon also is the Treasurer for the yearly AHL show and has periodically been the show Treasurer for others.

She’s a hard worker for clubs she belongs to (and others too) often being one of the first to arrive during show set-up and one of the last people to leave the show hall after tear down. As a staunch supporter of the region, you’ll see her at a majority of our region’s shows in any given year.

Spectators also receive value from Sharon’s presence. Quick to encourage an interested spectator to have a little hands on with one of her lively Cornish or lovey Sphynx, she serves as an excellent ambassador for her breeds and the region. Rarely do you see a spectator leave her benching area without a smile on their face.

Whether as a breeder, an exhibitor, or a worker, many people’s lives are positively affected by the presence of Sharon in the region whether they realize it or not. So it is only fitting that she has the spotlight shining on her this year. 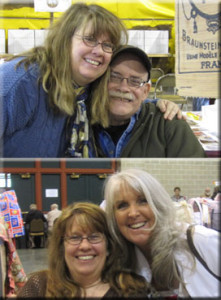 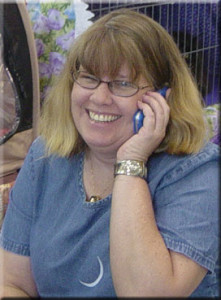