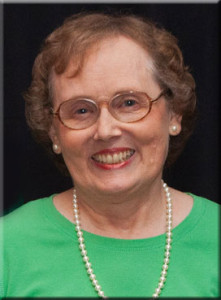 The Midwest Region has chosen an individual to receive the Humanitarian Award in 2011. Although past awards have honored exhibitors for rescue, we have other categories for individuals to act in a way that honors and assists cats, much in the model of the CFA Medal of Honor. This year, we are honoring a long-time breeder and exhibitor who has been involved recently in a remarkable legislative effort, along with her decades of service in assisting us in protecting our hobby. Without people to stand against bad legislation, our hobby would be a thing of the past. While we all support sensible rules against animal cruelty, we do not agree with the assumption that all breeders are substandard.

As a founding member of MoFed, one of the most recognized and successful agricultural lobbying bodies anywhere in the US, Anne Edwards has served the cat fancy for years. Her guidance has not only made us all aware of campaigns against breeding but also helped to gain great standing and respect in the Missouri legislature, in order to have a position against animal rights groups that lobby more traditionally with large spending.

MoFed instead, with Anne as Vice President, is listened to and given great deference in one of the most agriculturally dependent states in the US. Their relationship with their legislature has accomplished what may be a first in the nation. Last year, they led the charge to vacate a poorly-considered proposition that was put on the ballot and approved by a small majority of voters, that could have ended all breeding in Missouri. They were able to work with the lawmakers to instead craft replacement legislation, that demonstrates their commitment against animal cruelty, but also to protect the hobby breeders who treat their animals well and provides funding within the law to help investigate and end animal cruelty. This sets a remarkable precedent in both Missouri and other states and can serve as an example of how we can overcome bad law in creative new ways. For her remarkable service in this effort, as well as her many, many years in protecting hobby breeders against unnecessary and badly written law, we are pleased to award the Humanitarian Award in 2011 to Anne Edwards.