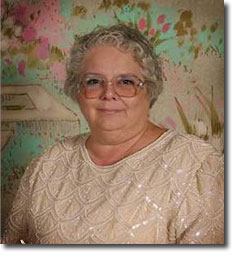 I’m a retired Child Psychiatrist and Pediatrician, mother of two, born and raised in New Jersey and transplanted to the Midwest when I came to Chicago to Head the Inpatient Child Psychiatry Unit at Children’s Memorial Hospital in Chicago in 1976. I’ve been in the Midwest ever since.

I’ve bred and shown Persians since 1985. My “Wishstar Cattery” has produced many Grand Champions, several Regional and two National winners in CFA, including Best Kitten in the 1999-2000 show season, and three DMs.

While rescuing cats (and other assorted animals) on and off since my school days at Rutgers and later at Mount Sinai Medical School, I’ve become even more involved with rescue in the last few years. For the last few years, I’ve channeled my energies with the Persian Rescue Email List and the Feline Rescue Network after disability due to arthritis and neuropathy limited me from participating in many more physically active ways. http://www.yahoogroups.com/group/Persian_Rescue

After 9/11, I conceived of a means to help our military and prevent a recurrence of the large number of animals being placed in shelters by our military during Desert Storm. As a result, I began Operation Noble Foster for cats of the military, and I convinced NetPets to start Military Pets Foster for dogs and other non-cat pets.

I’ve been active in coordinating Persian rescues and transports for 7 years, most recently with the sponsorship of the HuckleBerry Foundation. When my close friend, Anna Sadler, took ill, I offered to help out CFA Purebred Rescue during her absence. In the last 4 months, I’ve been actively involved in the rescue of more than 350 purebreds at the behest of CFA Purebred Rescue.

My husband is a retired Chicago Police Officer. What do we have in common, you ask? My cats know the answer to that question! The motto: “To Serve and Protect”